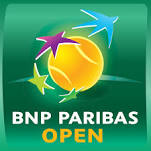 Indian Wells, located about 15 miles southeast of Palm Springs, is a premier vacation destination in Southern California. Home to luxurious resorts, world-renowned golf courses and the BNP Paribas Open, the city of Indian Wells has become a mecca for tennis fans from far and wide.

Roger Federer, Rafael Nadal, Novak Djokovic and Serena Williams are among the headlining names expected to compete at the 2020 BNP Paribas Open in March.

The Indian Wells tennis tournament announced Wednesday that all 75 of the top-ranked men and women, including nine former BNP champions, are scheduled to appear at the event known to many as the unofficial fifth Grand Slam.

The list includes returning champions Dominic Thiem and Bianca Andreescu, who’ll begin their quest for a repeat when the tournament starts March 9 and will run until Sunday, March 22.

On the men’s side, Nadal, Djokovic and Federer are joined by Daniil Medvedev in the top four.