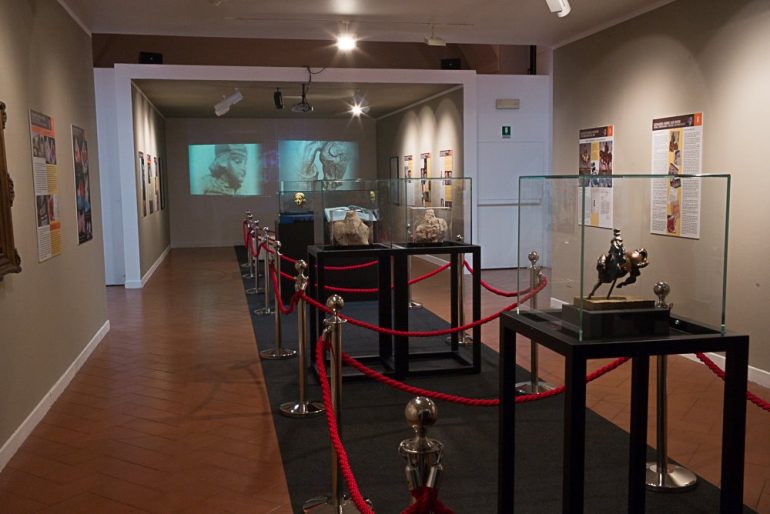 A public exhibit featuring the only sculpture known to exist today from the hand of Leonardo da Vinci opened on November 24th at Milan’s Palazzo delle Stelline, Institut Francais, adjacent to the Santa Maria delle Grazie, home of Leonardo’s, The Last Supper.

Leading Leonardo expert and author, Professor Ernesto Solari introduced the exhibit proclaiming, “Thanks to the Horse and Rider statue, Governor Charles d’Amboise returns to Milan for the first time in over 500 years”. Most experts agree that the sculpture, created in 1508 by Leonardo, is a model for a much larger, never completed, monument to d’Amboise, his close friend and patron.

Joining in the opening ceremonies were the artwork’s owners, James Petty and Rod Maly of Las Vegas, Nevada. “This exhibition is only the third public showing of the original bronze sculpture together with the original mold that made this creation possible”, proclaimed Mr. Petty. “It is fitting that we share this amazing work with the citizens of Milan, where Leonardo created Horse and Rider and routinely demonstrated his genius as an inventor, scientist and artist”, added Mr. Maly.

The exhibit will run through december 22nd, 2016. The exhibit, Leonardo Sculptor – Horse and Rider is open daily (except Mondays) from 10am to 7pm. Admission to the exhibit is 5 Euros for adults, while school aged children are admitted free. Future plans for public showings include locations within Europe, Southeast Asia and America. 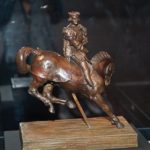 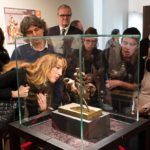 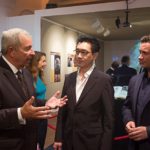 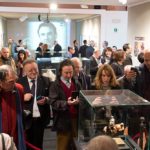