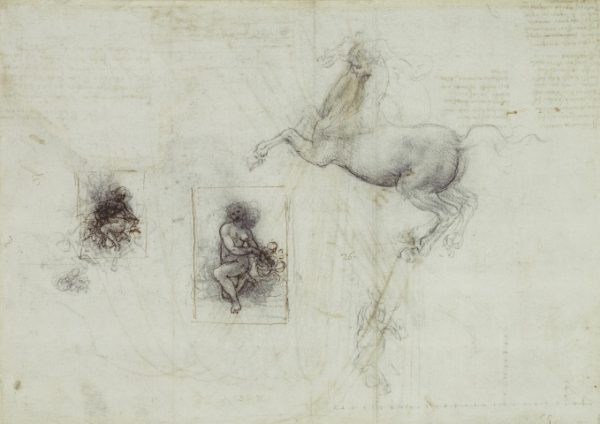 Recto: three drawings of a naked woman holding a child, two set within framing lines; a horse with a rider, rearing in profile to the left; a measured triangle.

Verso: mortars firing into a fortified area, with their trajectories shown; a cursory sketch of a man on horseback; some notes relating to the mortar diagram.
Leonardo worked as a military engineer on several occasions, and considered writing a treatise on the subject. This design shows a method of bombarding a besieged fortress.