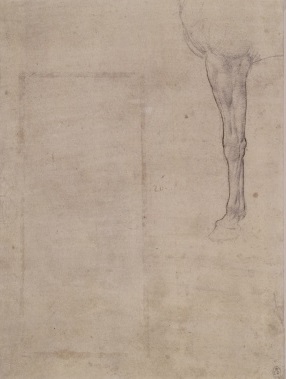 Recto: a study of the near fore-leg and the chest of a horse; probably for an undocumented French monument.

Verso: a palace on an island, approached by two bridges, one on either side.