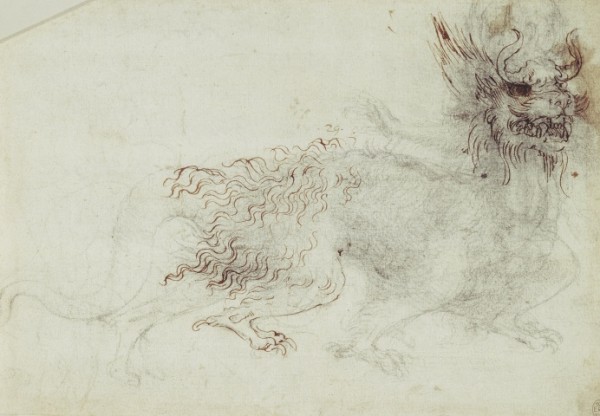 A drawing of a dragon, moving in profile to the right. It has a hairy body, a tail, short horns, an open mouth and, apparently, a hairy, clawed arm coming out of the back of its neck.

In 1516, aged 64, Leonardo was invited to France to serve Francis I at his chain of palaces in the Loire valley. One of his responsibilities was apparently to design costumes for entertainments. This dragon was conceived in the manner of a pantomime horse, for a clawed arm in black chalk emerges from the side of the head, at the natural height of a man whose legs form the front legs of the beast and who supports the oversized head on his shoulders, in the manner of traditional Chinese festival dragons.