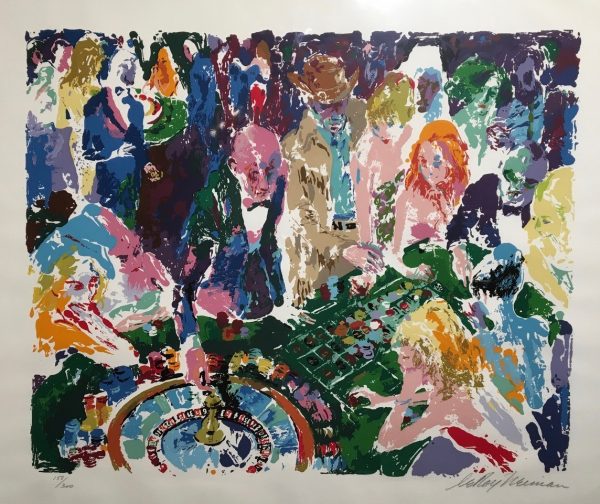 LeRoy Neiman was born in St. Paul, Minnesota and studied at the Art Institute of Chicago, De Paul University, and the University of Illinois. He taught at the Art Institute of Chicago’s school for ten years. Neiman moved to New York City in 1963 when he had his first one-man show at the Hammer Gallery. He then continued to portray the people and events of the world he knew best, or which intrigued him most. His best-known works are sports scenes, a reflection, he believes, of the fact that sports are universally a dominant force. He was the official artist for ABC-TV at the Olympic Games in 1972 and 1976, and at the Winter Olympics of 1980. Neiman’s work has been exhibited in galleries and museums throughout the world, including the Smithsonian Institution in Washington, D.C. and the Hermitage in Leningrad.