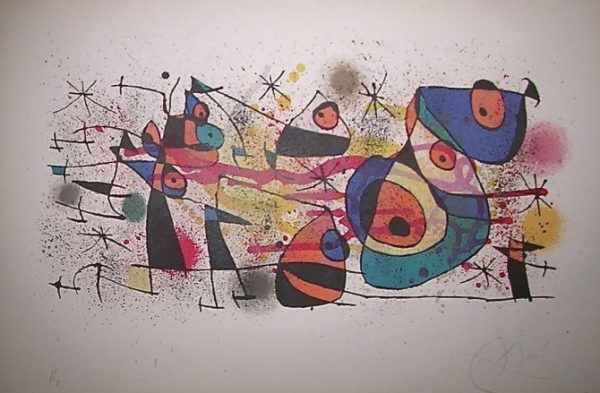 Accompanied by Certificate of Authenticity

This rare work is entitled, Ceramiques from the Cermiques de Miro et Artigas suite, published by Maeght Editeur, Paris, in 1974, is signed in the lower right in pencil by Miro and numbered HC (Hors Commerce Proof – originally not for sale) by the artist in lower left separate from the small edition of 50.

This work was devoted to the ceramic designs by Miro and his teacher, Llorens Artigas.