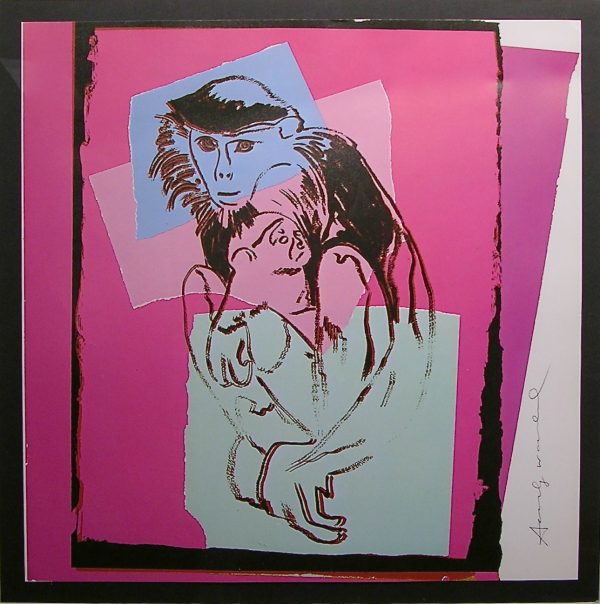 The original screenprint, “Douc Langur”, was a part of an art and science compendium titled “Vanishing Animals” which was published in 1986. Warhol, during his final years of life, was commissioned to provide artwork of 15 different endangered animals for the book that would work in conjunction with the writing and research of American pathologist and geneticist, Kurt Benirschke. Together, they created a series in order to raise awareness about the plight of animals in danger of becoming extinct. Warhol, who was impassioned by the need to help save endangered species, made the pieces as iconic and timelessly memorable as his earlier works of celebrities through the use of colorful collage layered underneath silkscreen printing. This method drew more attention to the issue at hand by playing off of the popularity of his Pop art endeavors.

This print is an offset lithograph of Warhol’s “Douc Langur”, an image of a monkey and it’s child. It has been signed by the beloved pop artist himself and serves as a true testament to the uniqueness of his revolutionary works of art. To every offset version, one or two screen-prints exists.