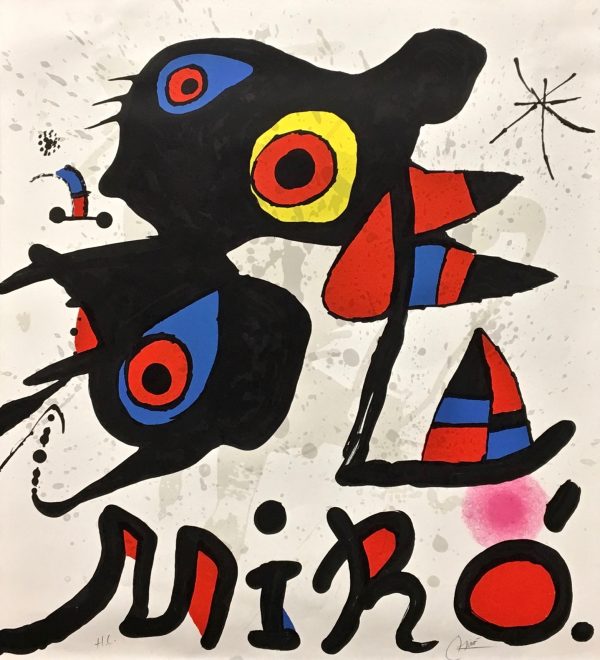 Signed and Inscribed by Joan Miro

This image was originally used in 1974 as an exhibition poster for the  Calouste Gulbenkian Foundation, a group created in 1956 with the aim of improving people’s lives through art, charity, science and education. The work was produced as a lithograph in 1975.