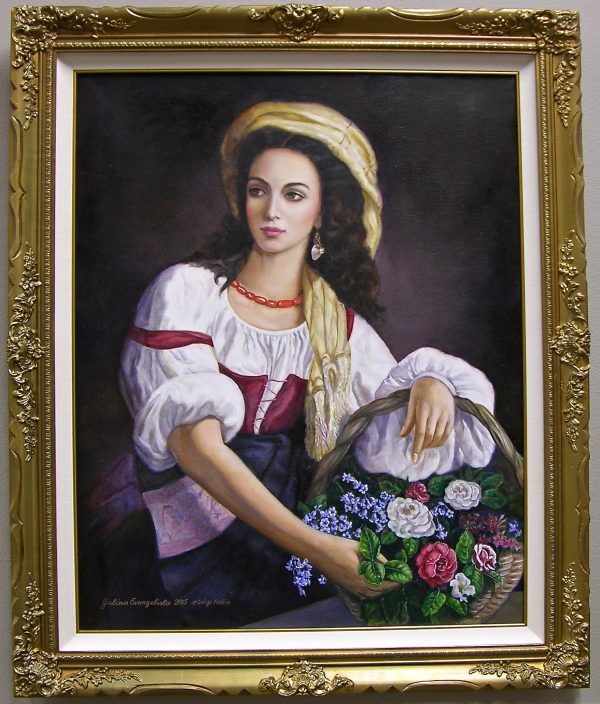 An Italian Beauty Holding a Basket of Flowers by Galina Evangelista

An Italian Beauty Holding a Basket of Flowers by Galina

The original artist of  An Italian Beauty Holding a Basket of Flowers was Luigi Rubio, an Italian painter who was active in both Neoclassicism but later Romantic styles, painting mainly historic-mythologic canvases, as well as some genre subjects, and portraits.