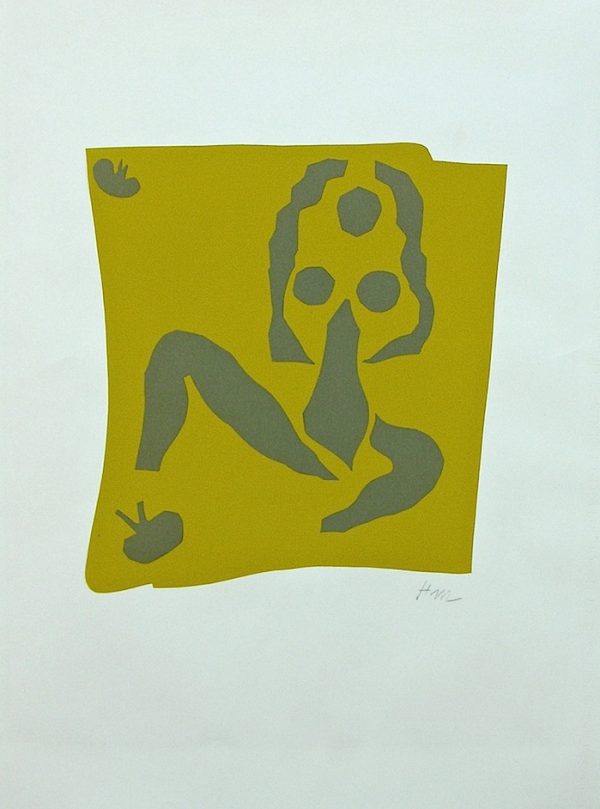 A cancer diagnosis in 1941, and a subsequent risky and invasive surgery, ushered in what Matisse called his Une Second Vie: A Second Life, which he took full advantage of during his last fourteen years.

Although the disease confined him to a wheelchair and limited his ability to paint, this new lease on life led to an extraordinary burst of expression. By maneuvering scissors through prepared sheets of paper, he inaugurated a new phase of his career. Painting with scissors quickly became Matisse’s medium of choice and works like the Le Nu Avec Grenouille are among his most celebrated.