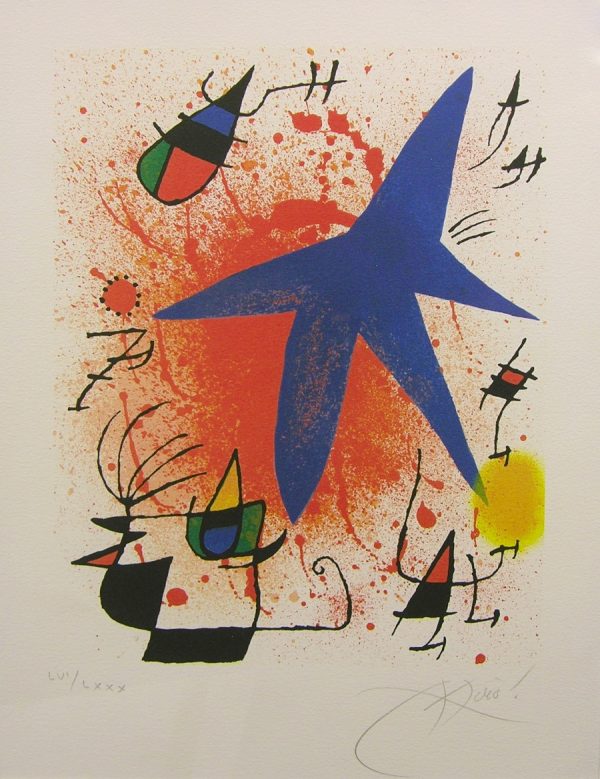 This playful lithograph, ‘L’Toile Bleu’, was published in 1972 by the foremost fine art printmaker of the 20th century, Fernand Mourlot. Founded by his Grandfather, Francois, The Mourlot Atelier (printing studio) became the home of artists such as Matisse, Leger, Bonnard and Picasso. Mourlot was the leading printmaker of the times and the quality of the studio’s work is evidenced by the clean simplicity of this wonderfully colored stone lithograph.

This work is signed and numbered by Miro. This fine example is numbered in Roman Numerals: LVI/LXXX (56/80).