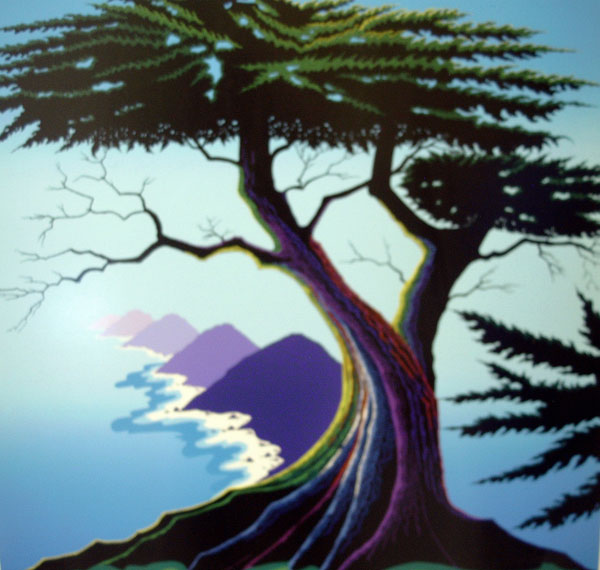 Larissa Goguen Holt is a protege of the late world renowned artist Eyvind Earle (1916-200). After working briefly in illustration and commercial design, she was employed by Eyvind Earle Studios in CA to produce serigraphs. After leaving Eyvinds studios in 1989, she began to travel and focus on her own artistic endeavors. Nature has intrigued Larissa since she was a young child in Massachusetts. Her love and curiosity of the natural world has inspired her to try and capture its inherent beauty in some artistic form. Early on in school she neglected her traditional studies to paint, sketch, and sculpt. She really never seemed to please her teachers. She always chafed at the traditional definition of art and constantly argued with her instructors.
Island Cypress was released in 1990 and was displayed in Pebble Beach, Los Angeles, Denver, and San Jose. Holt continues her work with the production and marketing of serigraphs through her own publishing company. Larissa Holt’s work has been defined as “Rockwell Kent meets the Floating World.” Her stylized art and bold use of color has made her one of the most collectable female artists of the 21st century.