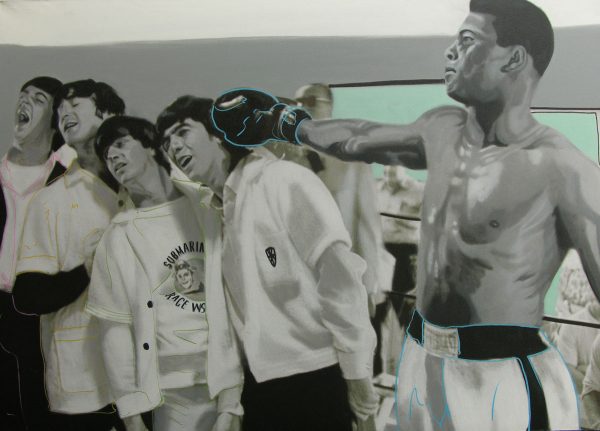 This original oil/serigraph by Steve Kaufman commemorates the famous meeting on Feb. 18, 1964, between the Beatles and Muhammed Ali. The Fab Four and the boxer simply known as The Greatest met in Miami as the band prepared for a concert and Ali, still known as Cassius Clay, prepared for his fight with Sonny Liston.

Steve Kaufman (1960 – 2010) was an American Pop artist, fine artist, sculptor, stained glass artist, filmmaker, photographer and humanitarian. His entry into the world of serious Pop Art began in his teens when he became assistant to Andy Warhol at the Factory studio.