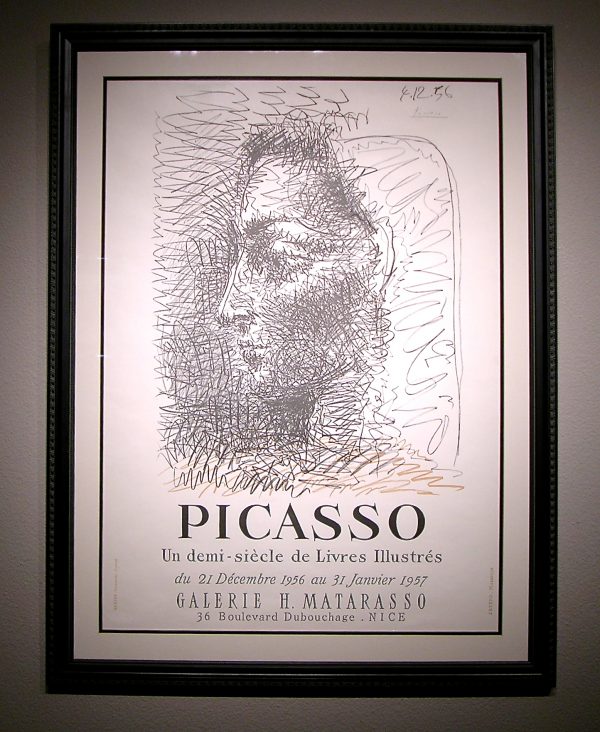 This original exhibition poster announcing his forthcoming show, entitled, ‘Half A Century Of Illustrated Books’ depicting an image of the profile head of Jacqueline Roque with whom Picasso shared the final twenty years of his life. The poster is hand signed by the artist in pencil in the upper right.