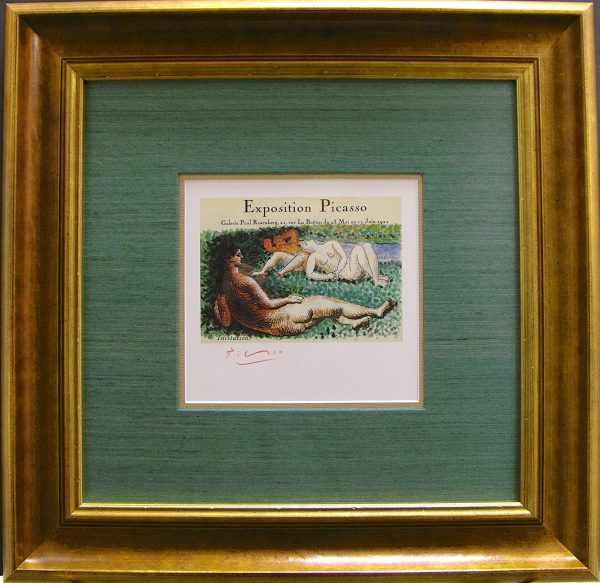 It was not unusual for a 20th century master artist such as Picasso, Miro, Chagall or Matisse to have taken a page from a beautiful coffee-table book published about their work or a wonderful original lithograph, sign the page and them give them as gifts to visiting students, museum VIP’s, or friends dropping in at the studio for a visit. A rare selection of these pages made their way to the book stalls of Montmarte, Paris by the mid 70s.