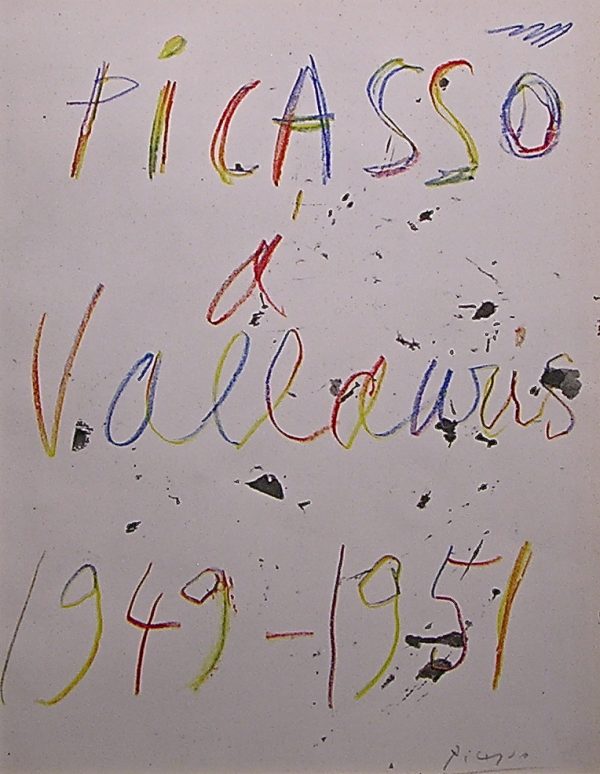 Picasso and the town of Vallauris: In 1946, while visiting the annual pottery exhibition in Vallauris, Pablo Picasso had the good fortune to meet Suzanne and Georges Ramie. The Ramies owned the Madoura workshop, a ceramics studio in Vallauris, where Picasso, who was eager to delve into a new medium, made his first venture into ceramics. He became so enthralled with ceramics that he decided to move to Vallauris to pursue his new passion.

Picasso lived in the small, scenic town of Vallauris from 1948 to 1955. He bought and transformed Les Fournas, a former perfumery in Vallauris, into his studio, where he worked prolifically. Located in the south of France, Vallauris was renowned for its pottery. During his time in Vallauris, Picasso worked extensively, creating many ceramics, sculptures, linocuts, and paintings, including his masterpiece “War & Peace”, a diptyque that was installed in the chapel of the Château de Vallauris in 1959. It was also in Vallauris where Picasso first developed a fascination with two mediums: ceramics and linocuts.

This poster announcing an exhibition of works created between 1949 and 1951 was reproduced by Mourlot in 1961 and has been signed by Picasso.