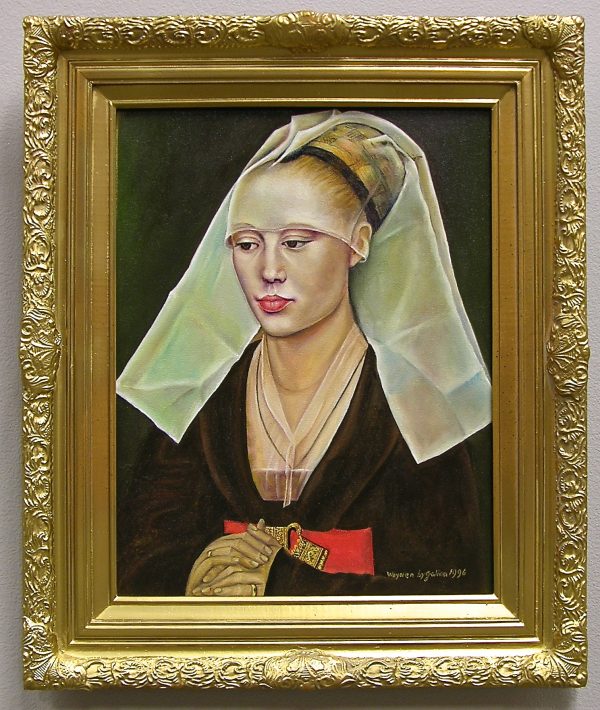 Portrait of a Lady by Galina Evangelista

Portrait of a Lady by Galina

The original Portrait of a Lady was created by the early Netherlandish painter Rogier Van der Weyden, whose surviving works consist mainly of religious triptychs, altarpieces and commissioned single and diptych portraits. He was highly successful and internationally famous in his lifetime