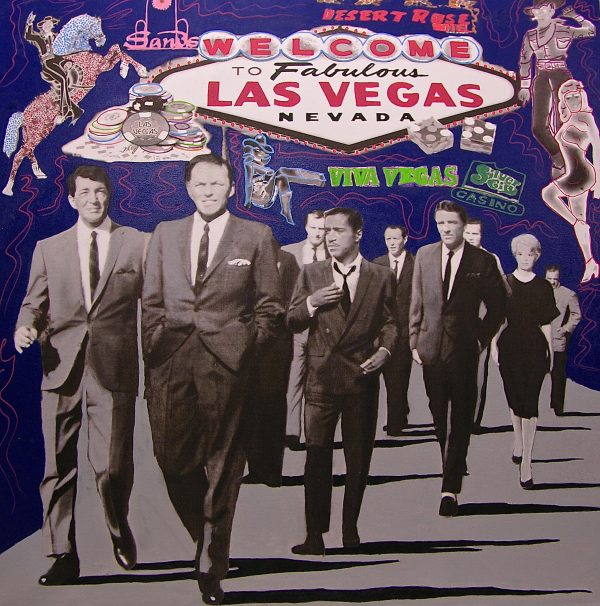 Original Oil & Silkscreen on Canvas Hand Embellished by the Artist

Steve Kaufman (1960 – 2010) was an American Pop artist, fine artist, sculptor, stained glass artist, filmmaker, photographer and humanitarian. His entry into the world of serious Pop Art began in his teens when he became assistant to Andy Warhol at the Factory studio.

The Rat Pack was a group of actors originally centered around Humphrey Bogart. In the mid-1960s, it was the name used by the press and the general public to refer to a later variation of the group, after Bogart’s death, featuring Frank Sinatra, Dean Martin, Sammy Davis Jr., Peter Lawford and Joey Bishop – who appeared together on stage and in films.

This work of art by Steve Kaufman is an original Oil & Silkscreen on Canvas with Hand Embellishments by the artist.