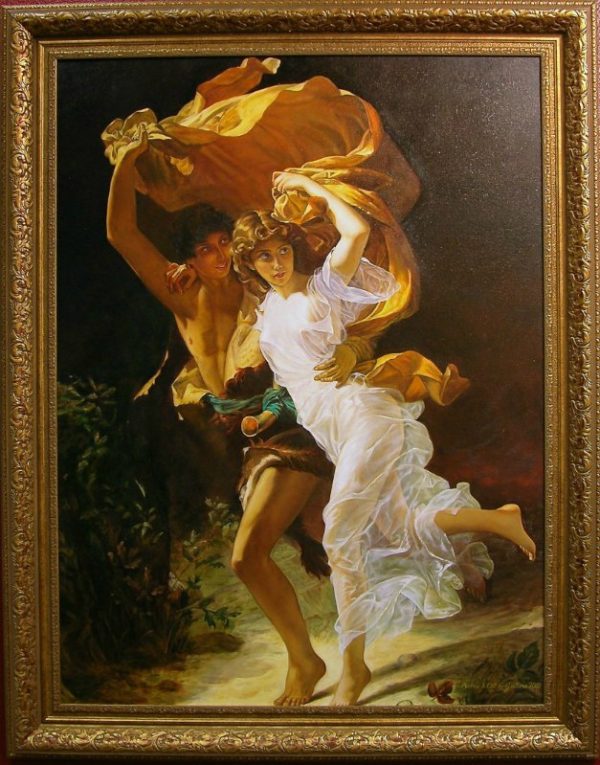 The Storm by Galina Evangelista

The Storm by Galina

The original Storm was created by French painter Pierre Auguste Cot of the Academic Classicism school. He was born in Bédarieux, and initially studied at l’Ecole des Beaux-Arts in Toulouse before going to Paris. He studied under Leon Cogniet, Alexandre Cabanel and William-Adolphe Bouguereau. From the 1870s, his popularity grew quickly. In 1874 he was made Chevalier of the Legion of Honour. He created several works of lasting popularity, including Le Printemps, featuring two young lovers sitting upon a swing, and The Storm. Both these paintings are on display at the Metropolitan Museum of Art in New York City.

Cot also was renowned for his portraits, which made up the majority of his work. The more enduring figurative work, such as The Storm, is comparatively rare.