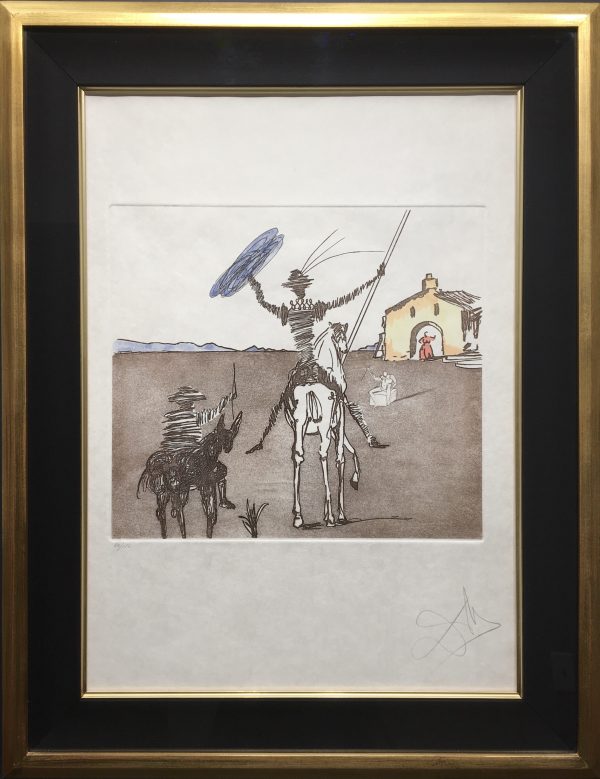 The Impossible Dream by Salvador Dali

Etching with Aquatint on Japon Paper

This work of art, an original signed and numbered etching on Japon paper is one of the most important and sought after works in Dalí’s triumphant “Historia de Don Quichotte de la Mancha” series. One of the more enduring subjects in Dalí’s work was Spanish literary hero Don Quixote, the title character in Miguel de Cervantes’ 17th century masterpiece. Dalí was particularly taken by, and perhaps related to, the story of the idealistic Spanish nobleman who saw himself as a knight fighting the world’s injustices, serving the causes of truth and beauty.

Published by Dalart, New York in 1980, this work is signed and numbered 89 from the smaller Japon edition of only 150. This strong crisp impression boasts a large powerful signature on the lower right and a blind stamp. The work of art is beautifully framed using all safe, conservational materials.

This work is endorsed by Albert Field with his signature on the reverse dated July 5th, 1996 and is accompanied by a certificate of authenticity.